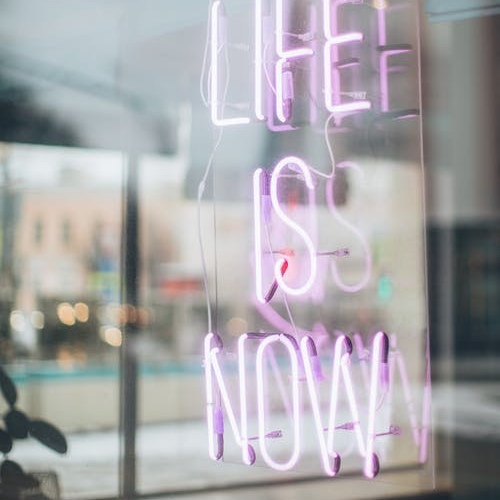 When I turned 25 I thought of it as just another birthday, of course I told myself I was getting old and thought about how I never imagined actually turning 25, but for the most part it was a fairly uneventful birthday. Queue 6 months later when I wake up in the middle of the night thinking “oh my gosh is this all there is to my life?!”. I had never felt like I had an unpleasant life, if anything I felt I was fortunate to have the chance to live in the city that I had wanted to ever since I was a little kid, I was lucky to work at a job that allowed me to make enough to pay rent, and I was lucky to have been admitted into a university to follow the program I decided on when I was just 9 years old. I was in fact very lucky and my life was far more comfortable than many other’s. But I wasn’t happy.

I woke up that night thinking this can’t be it. This can’t be all I do for the rest of my life. Right then and there I decided that I should quit my job, move abroad, and drop out of school. Of course none of these decisions were possible to implement at 2 AM and they weren’t very rational. It got me thinking about my parents and how I didn’t want to live lives like theirs. This is no disrespect to my parents, they’re both amazing people who I love dearly, but I knew that was not what I wanted for myself. I didn’t want to work a 9-5 for the rest of my life, I was just too afraid to admit it to myself. I buried that fact deep down in favour of telling myself the more practical reality which was that working a 9-5 is stable, it’s predictable, and it’s easier. And yet this was the opposite of what I wanted. I wanted to set my own hours and be able to work wherever I wanted, not stuck in the same day to day monotony that I had been working in for over ten years at this point. The problem was, this wasn’t the only realization I came to. I also realized that even though deep down I didn’t enjoy going to university anymore, I felt that I had invested so much time already that I couldn’t stop now. I also didn’t want to disappoint my parents.

During that dramatic epiphany at 2 AM I also came to the realization that I was miserable at school and my only goal was once I graduated I wanted to post an online rant about how university and college are not for everyone. That’s not what I’d call a worthy outcome for spending hours in tears over a textbook for more than six years of my life. In that moment it became clear, I didn’t want to be in university and I needed to leave. I didn’t rush to do anything immediately, I wanted to make sure I was making the right decision. After about a week or so of mulling it over, it was clear that this was something I genuinely wanted to stop. I never really knew what I wanted to do with my life, it felt like the path had already been laid out for me as what I “should” do. Because I immediately went to university after high school, I never really took the time to think about what I’d like to do once I graduated, because I genuinely felt like I’d never graduate and I’d simply be stuck at school forever.

In confronting the fact that I was unhappy with the current state of my life it forced me to figure out what I wanted, or more importantly what I didn’t want. I felt that I had experienced so little of the world because I stayed in the same country for my whole life without going on vacation or travelling more than two hours away. I decided that travel, at least at this point in my life is important to me. This is something I never allowed myself to express because I felt I didn’t have the time or funds to explore, but now that I’m in my twenties and single with minimal obligations, now is the perfect time for me to explore this desire. It also presented to me the chance to try investing some serious time into the online world which I have always loved. I always told myself that this is something that other people do, other people have the talent, other people have the time, but this isn’t true. This is something that I can do and I have the time for, and with time I will get better.

While I have the feeling I am nowhere near done with having this “quarter life crisis”, I did manage to take some steps to ease my feelings of just floating through existence. I did in fact withdraw from classes, at least for now until I truly want to be there and I have officially obtained my very first adult passport! I’ve already panned a trip to another country with a friend (this trip happened pre-covid, of course) and I made the decision to move back home temporarily to save up money so I could move across the country, I leave for my new home in one month’s time.

This isn’t to say I think anyone going through a quarter life crisis needs to quit their job and drop out of university to travel. What I am saying is that you need to lean into what feels wrong to know what you need to do to make things right with your soul. It’s possible you might try travel if that’s what peaks you’re interest and absolutely hate it, but you need to allow yourself to find out otherwise you might feel you’ve been denied experiences. Our hopes and dreams don’t always seem clear but one way or another they will demand to be heard.

If you’re experiencing something similar, know that this is completely normal and you’re not alone. Reevaluating your goals and life situation are part of growing up. Nothing helped me gain perspective more than talking it out with a trusted friend and a few select family members. This will allow you to feel supported even though you may not know which direction you want to go.

Just know this feeling isn’t forever and if you don’t have anyone to support you, I support you.

What are your life goals for the next few years? Have they changed since the pandemic began? Let me know in the comments down below.

Published by Your Best of Life

View all posts by Your Best of Life

If you enjoy our content, feel free to make a small donation. Every bit helps feed our coffee addiction to keep us creating more content for you.

Life & All The Things In Between

A girl travelling around the world on a motorcycle.