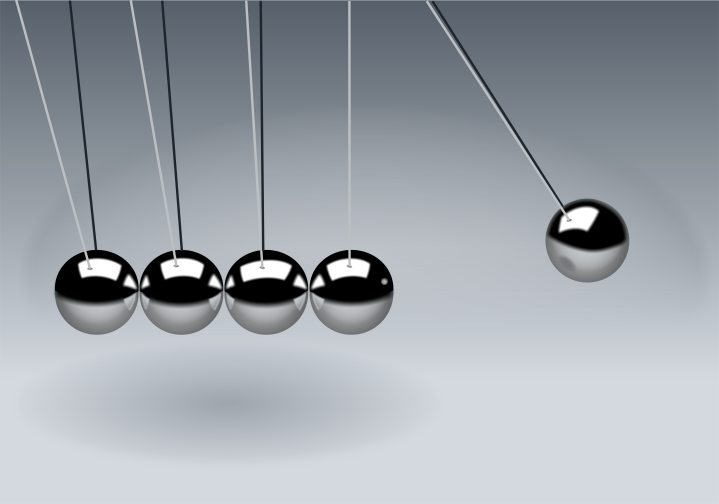 While watching some motivational videos on YouTube, I came across a simple idea that was echoed across several different creators, all of which were videos on motivation and productivity, but not necessarily the exact same specific topic. They all spoke of this action mindset where the most important thing is that you act on the impulse to do something. You need to make sure these acts are ones of productivity or moves towards your goals but the second you feel that little impulse you’ve got to act now.

Mel Robbins, Author of the 5 second rule, also echoes this thought. You’ve got about 5 seconds to act on your impulse before your mind will start talking you out of it. When your alarm goes off, if you don’t jump out of bed in those first 5 seconds, you’re not getting out of bed and you’ll hit snooze.

A helpful hint that seems to be key to this action mindset is to commit to a very small increment of time. If your goal is to practice guitar more, make a promise to play for 15 minutes per day and actually do it. The idea isn’t that you only need 15 minutes of practice per day to become a rock god, but it’s much easier to start when you know it’s a very small increment of time you’ve committed to. Likely, you’ll end up spending more than those 15 minutes practicing anyway. The same goes for running. If you want to start running more, just commit to ten minutes of running or going around the block. You’ll likely run farther now that you’ve made the effort to leave the house, but even if you only ran for ten minutes, that’s ten minutes you’ve got in the bag.

For myself, I’ve been wanting to start meditating daily, but i fall into the trap of telling myself that i don’t always have the time, or that i could be spending my time better than just sitting on the floor meditating. When i stopped to think about it though, a typical meditation session for me can be anywhere from 5-20 minutes and the guided meditations I like tend to only run about 10 minutes at most. It’s been much easier for me to tell myself that I can afford to spend ten minutes a day on something to will help me be in a better mindset throughout the day. Putting this idea into practice has already made a huge difference in my daily productivity and I find I feel more accomplished at the end of the day because I find I actually start more tasks because I genuinely feel I have the time to start.

The most important thing is to just start, which can feel impossible sometimes because it’s not always clear how to start. If you want to become a musician, it’s fairly straight forward, you have to start playing. If you want to become a photographer, you’ve got to pick up a camera and start shooting or learning how to use the settings on your camera. I really like the quote from Nick Sommers which is ” If you knew success was a certainty, what would you attempt to do?”. As someone who’s always in my head and trying to plan everything before even beginning to start, I often don’t actually put those ideas into action, this could be a fear of failure or just a fear of the unknown. We can get in our own way by simply wanting to think about every little potential problem before we even begin, but this will keep us from ever doing anything. Thinking about writing a book won’t get your book written, planning a video won’t get that video made. Of course planning is a helpful step, but your first step should be to start. No matter how bad the attempt is, you’re already closer to your desired end product by simply starting.